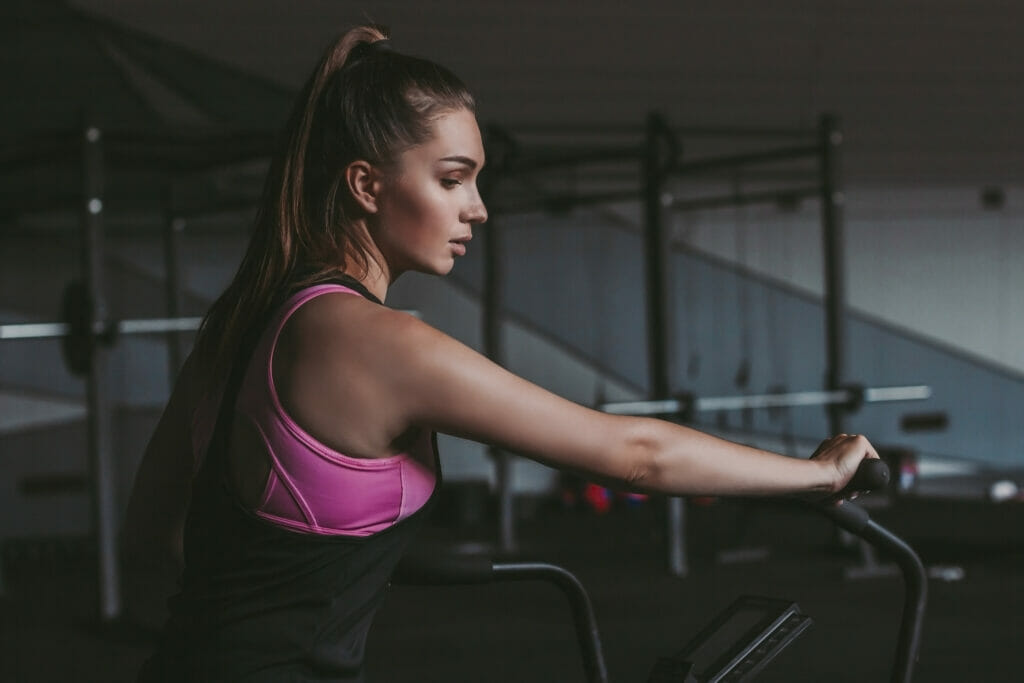 Even though the AssaultBike Classic gained its fame as a popular fitness machine for Cross Fitters, it rapidly became one of the most popular air bikes around.

With a compact frame and the ability to provide unlimited amounts of resistance, it’s not surprising the AssaultBike has become as popular as it has.

But with so many competitors now, does it still make sense to go with the Classic?

Can the AssaultBike still cut it?

If you ask me, the AssaultBike Classic is still easily one of the best buys when it comes to air bikes, but there’s no reason to simply take my word for it – you gotta do your own homework after all.

But I can still help.

In this review, I’ll go over all the specs and features the Assault Bike Classic has to offer.

I’ll also compare it to a few of its biggest competitors so you can judge how it stacks up.

After reading, you’ll know everything you need to in order to decide for yourself whether or not this air bike is worth investing in.

Even though Assault Fitness didn’t give us the first mass produced air bike (we have Schwinn to thank for that), we certainly have them and their original AssaultBike to thank for making them hip again.

The AssaultBike Classic gained fame with the the Cross Fit crowd and could be seen on tv torturing the fittest athletes on the planet during the Cross Fit Games.

Speaking of which, if you’ve never seen any of these before, you should really check ’em out – it’s crazy how fit these men and women are.

It’s basically like watching super heroes competing in a bunch of strength and conditioning feats the rest of us could only dream of being able to do.

It really is awe inspiring.

Anyway, I’m not sure if Cross Fit is still using AssaultBikes in their competitions, but they used to.

At first, there was only the one AssaultBike (the one we’re here to talk about now).

Now, they’ve actually got 3 different models to choose from- the Classic, the Pro, and the Elite.

The Classic is the original AssaultBike, with the other 2 models being upgraded versions.

The AssaultBike Classic usually goes for around $750 (even though sometimes you’ll see it on Amazon for a whole lot more than that).

As I’ve already mentioned a few times, the AssaultBike is an air bike, meaning it uses air to provide the resistance.

As a pure air bike, the harder you pedal, the more resistance you’re going to feel.

As you pedal with your feet and crank with the handles, a flywheel with fan blades attached to it spins – it’s these fan blades cutting through the air that provides the resistance for every workout.

Not only does an air bike like the AssaultBike provide a great full body workout, but it also technically doesn’t have a max resistance setting.

The only limiting factor is how hard you can pedal.

There are videos of elite athletes competing to see how many calories they can burn in 1 minute on an AssaultBike… the results are pretty amazing.

This is why air bikes are so potent for HIIT style workouts.

All real air bikes use this same type of resistance, where the resistance you feel is based on how hard you pedal, but it’s still a good idea to compare fan sizes.

Even with the principles of air resistance, having a larger fan is going to mean even more total resistance.

The AssaultBike comes with a 27″ diameter fan, which at the moment is as big as fans get.

Smaller fans can still provide great workouts, but the higher-end bikes will always come with larger, 27″ fans like the one found on the AssaultBike.

The last thing I want to mention here is that the AssaultBike uses a chain drive as opposed to a belt drive.

Belt drives are generally preferred because they’re known for being quieter and a little more responsive, as well as requiring a little less maintenance.

The quietness aspect won’t be an issue, because this is an air bike and air bikes are really noisy anyway.

And personally, I can’t really tell much difference between a chain drive and a belt drive, but that might just be me.

For the sake of comparison, Rogue’s Echo Bike and Schwinn’s Airdyne AD7 (2 of the AssaultBike’s biggest competitors) do use belt drives.

So, definitely something to consider.

Overall though, the AssaultBike scores highly with its 27″ fan that’s capable of completely destroying you with its unlimited resistance.

I think it’s important to consider an air bike’s frame too though.

When looking at the frame, I’m really looking for how stable or heavy-duty it’s going to feel during workouts.

The easiest way to get a sense of this without getting your hands on it first, is to look at the assembled weight – heavier bikes are going to feel more stable.

I like to look at weight capacities too, although they can surprise ya sometimes – there are some lightweight bikes out there with really high weight limits.

The AssaultBike comes with an assembled weight of about 96 lb, which isn’t bad, but it is the lightest of the elite air bikes.

The Echo Bike comes with an assembled weight of roughly 127 lb and the AD7 comes in at around 113 lb.

The lighter weightness (I’m pretty sure that’s not a word) of the AssaultBike Classic does make it a little easier to transport, so this could be a plus if you’ll be moving your bike often.

And in the case of the AssaultBike, I’m not worried about it feeling flimsy because it’s been tried and tested by so many elite athletes over the years.

But still, these other bikes are certainly heavier-duty.

Assault Fitness makes up for this with their other 2 models though – the AssaultBike Pro weighs 118 lb and the Elite weighs an astonishing 139 lb.

The Classic comes with a 300 lb weight limit, which is high enough to support most users safely.

The Echo and AD7 both come with 350 lb weight limits, so a bit higher.

Overall, the AssaultBike Classic isn’t the heaviest-duty air bike out there, but it has proven itself with Cross Fitters around the globe.

Air bikes are pretty simple by design, but let’s take a look at the features included with the AssaultBike Classic:

LCD console- the console on this bike is pretty simple, but it displays all the key metrics you’d expect from a bike like this, including watt output. It isn’t backlit, but it’s bright and easy to use. It’s also compatible with Polar chest straps for accurate heart rate measurements (but one isn’t included unfortunately).

Fully adjustable seat- you can easily adjust both the height and fore/aft position of the seat, ensuring a comfortable fit during workouts.

Standard pedals- the pedals don’t have a cage, but they’re designed for use with sneakers, so don’t worry about cleat compatibility or any of that.

A nice thing about the Classic is that it’s pretty easy to assemble.

Most of it comes pre-assembled, so you won’t have to mess with the fan or drive train or anything like that.

If you do purchase, you’ll be responsible for attaching the front and rear stabilizers, connecting the console mast and console, the handles, pedals, and seat.

Assault’s assembly manual is pretty easy to follow and all the necessary tools and hardware are included.

Overall, putting the AssaultBike together shouldn’t be an issue. And since it’s fairly lightweight, it’s very doable for a single person.

I’d expect most folks can get this bike assembled in 30 min or so.

Ok, let’s break this down.

Five years on the frame is ok I guess, if we consider a lot of the luxury spin bikes (like the Peloton) only offer 5 years on their frames (and they cost a whole lot more).

It’s also better than the 2 year frame warranty Rogue offers on their Echo Bike (why that warranty is so short is beyond me, that thing looks like a freakin’ tank).

The best frame warranty I’ve seen on an air bike is offered by XTERRA, who offers a lifetime frame guarantee on their AIR650 Air Bike Pro, although that bike costs significantly more.

Two years on parts is pretty standard when compared to all the other elite bikes (and even better than XTERRA’s parts warranty) in this class.

The only thing missing is a labor guarantee, which Assault only offers on their Elite model.

All things considered, the frame warranty could be longer, but overall not a bad warranty for a bike in this price range.

Ok, that’s about all I got.

I think the AssaultBike deserves mad props for its role in breathing life back into air bikes, but it’s still just as relevant today as ever.

Given its price and reputation, I still think the AssaultBike Classic is easily one of the best air bikes on the market.

It’s true, there are plenty of heavier-duty bikes out there, but let’s be real- the AssaultBike Classic is more than tough enough to handle the stress most of us home gymers are going to put it through.

Must I remind you that this bike cut its teeth with Cross Fitters?

And yes, Schwinn and a few other brands do offer better warranties, but those bikes cost more too.

Given its price to quality ratio, I think the AssaultBike makes a great fit for home use.

All things considered, I still think the AssaultBike Classic is a great buy. It really is a classic. Highly recommended.