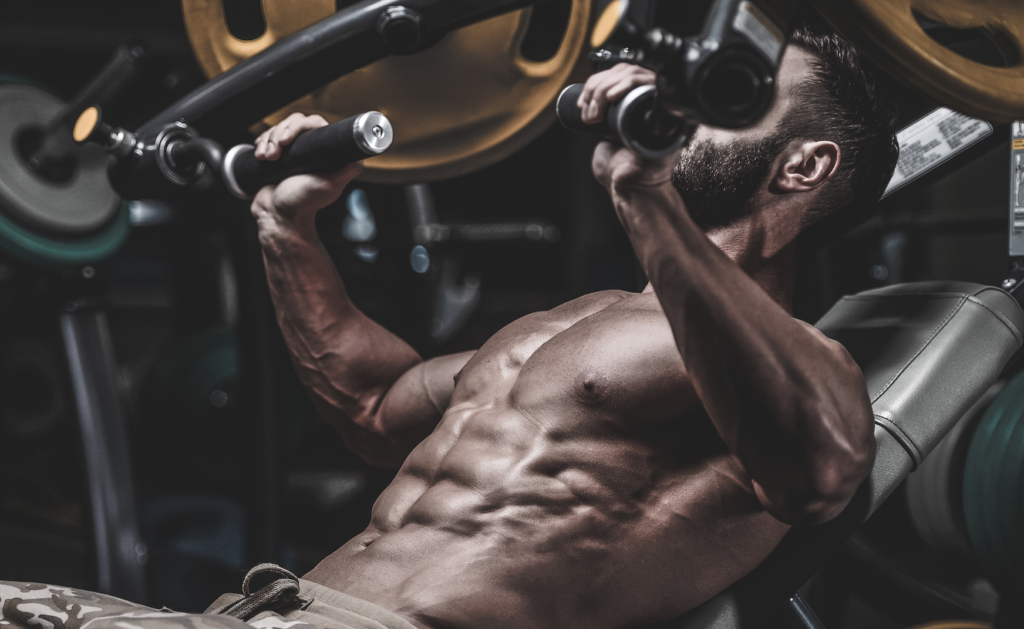 If you find yourself perusing the internet for workout tips, you’ve probably come across variable resistance training in one form or another. It seems to be a hot topic these days in the fitness world but it’s actually been utilized for some time, especially by power lifters. The basic idea behind it, as the name implies, is that the resistance utilized changes throughout the exercise. Some trainers would have you believe this is the best thing since sliced bread, but is it?

In this article, I want to discuss what variable resistance training is as well as it’s potential benefits. I also want to provide some tips for how you can use this technique at home if you so choose.

What Is Variable Resistance Training?

How is this accomplished you might ask? Does it require some hi-tech, bulky piece of machinery to achieve this? Nope, not at all. The most common example is something most of our home gyms already have: resistance bands.

Let’s take an exercise we all know, the standing bicep curl. If you’re doing this move with resistance bands, odds are you are standing on one end of the band with the handle in your hand. At the starting position, your elbow is straight and your hand is closest to the ground- in this position, the resistance band is providing very little resistance.

Throughout the curl, the resistance you experienced from the band changed- because of this change, this is considered variable resistance.

I told you VRT isn’t particularly complicated. It just means the force you are exercising against changes throughout the movement of the exercise. Resistance bands naturally utilize this technique because of their elastic properties.

The opposite of VRT would be constant resistance training, which means the resistance doesn’t change as you move throughout the exercise. Free weights are a perfect example of this because a 25 lb dumbbell weighs 25 lb regardless of where it is during the exercise.

Elastic bands are probably the most common way to perform VRT, but they aren’t the only way. Attaching chains to a barbell will also do the trick, as long as the chains are the correct length. Bench press is a great example of how chains can be used to provide VRT:

From the starting position (with the barbell on the rack) the chain on each end of the bar should be long enough so that it is barely touching the ground. As you lower the bar toward your chest, the chain links will gradually rest on the floor, reducing the weight added to the bar. As you push up and reach the end range of the press, you will be holding the additional weight of the chain as they are lifted off the floor. Just like the bands, you are lifting more weight at the end of the move and less weight at the bottom.

Here’s a great video illustrating this, in case that is hard to imagine:

As the video illustrates, this is a common method used by power lifters to help increase strength and power (speed element). I forgot to mention it earlier, but attaching a resistance band to a barbell also counts as VRT, it doesn’t have to just be a resistance band used by itself.

Now that we know what VRT is, let’s go over why it’s used. If you watched the above video, you probably heard the gentleman speaking go over this a little with respects to the bench press. But just in case, I’ll go over it anyway.

Regardless of what strengthening exercise you’re doing (unless it’s an isometric move) there’s going to be a position where you’re at your strongest and a point where you’re at your weakest. This has a lot to do with physics, moment arms, and gravity. Long story short- our muscles have the advantage at certain angles and are at a disadvantage at other angles.

On the other hand, still using the bench press example, your pecs and shoulders (and triceps) are at an advantage at the top of the press when you get to lock out your elbows- this is your strongest position during the bench press.

Basically, it’s a way to add more resistance during the move when your muscles are able to handle it.

Old school constant resistance training can’t do this. When I’m benching with a barbell and plates (no elastic band) I don’t get any additional resistance at the end of the move when I can handle more. I’m only able to add as much resistance as I can handle at my weakest point, when the bar is closest to my chest.

With constant resistance training, the muscle activation required to lift the free weight changes throughout the movement (more physics). Basically, once I hit a certain position of the move, my muscles don’t have to work as hard.

Think about bicep curls with dumbbells. As you perform the curl, there is a point where the biceps are working the hardest to fight gravity (probably around 90 deg of elbow flexion). Before and after this point, the effort needed by the biceps is less. As you reach the end range of the curl (dumbbell at top, elbow maximally flexed) the effort required is significantly less- this is why it’s a lot easier to hold a heavy dumbbell isometrically in this position than to actually curl it.

With VRT, the effort required by our muscles is more constant since the resistance increases as we reach the point where our muscles would usually get to take a break.

This is why VRT can be beneficial with improving strength and power- our muscles have to work harder throughout the full range of the exercise.

How To Use VRT At Home

This makes sense when thinking about adding chains or elastic bands to barbells- in these situations, even at the weakest point of the move you are still having to lift the weight of the barbell and whatever plates are on it.

If you have a barbell set at home, this is how you would most likely utilize VRT. Get yourself some long resistance bands or chains and attach them to the ends.

A lot of us don’t have room for barbell sets though. I know my wife wouldn’t appreciate the noise of me racking a barbell and plates in our attic at 6 in the morning.

A common complaint about using bands at home is that the resistance is too light at the beginning of the move. This can be true because the bands aren’t going to provide much resistance until they start getting stretched. Increasing the thickness of the bands can significantly increase the amount of resistance provided.

A common misconception about resistance bands is that you can’t build strength with them. As long as you give your muscles enough resistance to work against, I assure you you can get stronger with them.

If you’re worried about not getting enough resistance from your bands, check out the X3– these are the strongest resistance bands I’ve ever come across.

Variable resistance training isn’t as complicated as it sounds. It just means the resistance changes as you move. The resistance band is the perfect example- more resistance as the band stretches, less as it returns to its original size.

VRT can be beneficial for increasing strength and power because it challenges your muscles more when they are in a position where they can take it- that’s why power lifters like to utilize it in their training.

But it can also add some much needed variety to your workouts. If you are getting bored with hitting the same exercises with the same dumbbells and barbells each week try grabbing a set of resistance bands and switching it up.

You will get a different feel by simply performing the same exercises with a set of bands. And if you ask me, when it comes to working out- different is always a good thing.