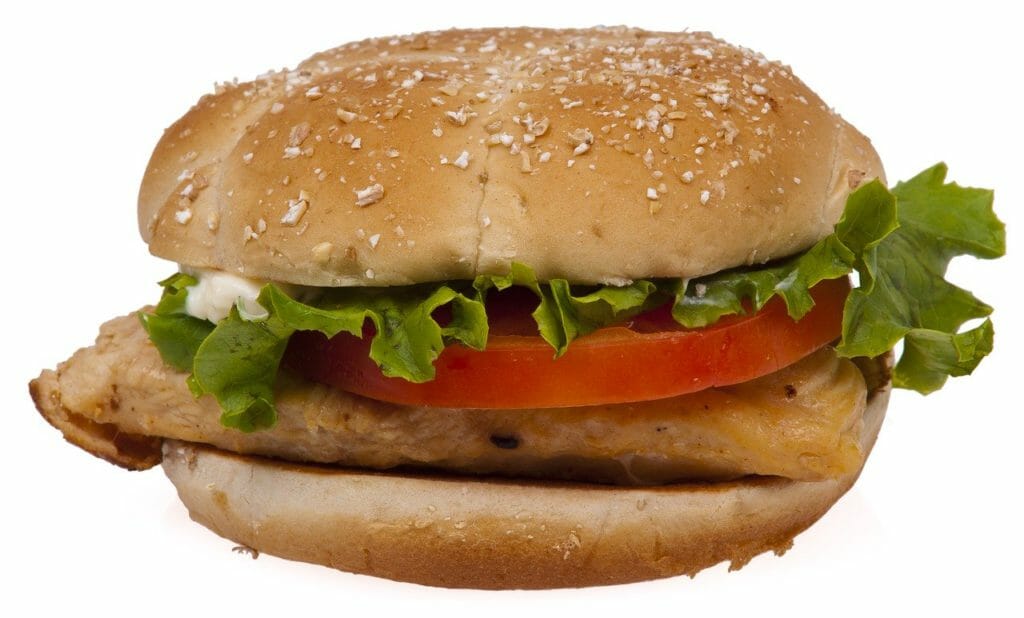 Has anyone else noticed the cult-like following Chick-Fil-A has achieved these days? I swear, if you drive past any of the several Chick-Fil-A restaurants in my home town at any time remotely close to lunch time, you’ll find a traffic backup that could compete with any T. Swift concert.

I’m willing to bet it’s the same in your home town too.

And I’m not gonna lie- I love Chick-Fil-A.  I think they’re easily one of the best fast food joints in the biz. Personally, I don’t eat a lot of fast food because I think most of it is pretty gross.

There’s also the calories, the shame, and the general feeling that I need to take a nap or throw-up after eating at most fast food restaurants.

Chick-Fil-A is definitely an exception for me though. When I find myself itching for a fried chicken sandwich and some fries, there’s only one place I’ll go.

And no, I haven’t tried Popeye’s famous chicken sandwich yet.

That looks good too, but I think all the hype it’s gotten has kinda ruined it for me. I mean come on, it’s just a fried chicken sandwich.

The stories I’ve heard of people waiting in line for days and getting in fights over these sandwiches makes me wonder how bored a lot of the general public must be.

Plus I don’t really like Popeye’s regular fried chicken- I’m more of a Bojangles guy.

But I regress, back to Chick-Fil-A.

I don’t go there that often. If I had to guess, I’d say I probably find myself there on average, maybe 1x/month. I used to live a little closer to one, so back in the day I found myself there more often. But these days, not so much.

But when I do go, it’s really annoying how long the lines are. And it never fails- they are always the most packed restaurant at lunch time (dinner time too I imagine, but I rarely find myself there at dinner).

Now to Chick-Fil-A’s credit, I’ve never seen a restaurant (or any venue for that sake) handle the crowds better.

I drove past one of their establishments a few days ago and they had 3 drive-thru lines going at the same time…3! I don’t even know how that’s possible.

How they can keep track of who orders what and ensure each order gets to the right car with 3 different lines going at the same time is beyond me.

I’m not sure if they’ve got MIT grads coordinating things behind the scenes or what, but whatever they’re doing, it works. They’ve got employees taking your order and accepting payments on their tablets with incredible efficiency.

But it’s still annoying how many freakin’ people are always there.

Any day of the week, doesn’t matter. If you try to go to a Chick-Fil-A between the hours of 11-3, you better be prepared for the zoo their parking lot/drive-thru line(s) are going to be.

People, there are other places you can go for lunch. How about a nice turkey sub instead? Jersey Mike’s is delightful- you can’t beat their turkey and provolone with the oil and vinegar…delicious.

Ahh, I know. The idea of choosing McDonald’s over Chick-Fil-A is hard to say with a straight face. The only real reason I can think of to choose McDonald’s is if you have family members with peanut allergies.

I’m pretty sure Chick-Fil-A still uses peanut oil. I’ve heard that since their oil is 100% refined, that it’s supposed to be free from the allergy producing proteins found in the peanuts.

I’ve also read testimonials from families that have tested that theory and ended up with kids having extreme reactions to that refined peanut oil.

As a father with a son that has a peanut allergy, I can tell ya this- I don’t trust it. Not worth the risk if you ask me.

So, when the kids are jonesing for some nuggets and fries (or dad is feeling too tired to cook dinner), we occasionally find ourself in a McDonald’s drive-thru line.

And not only is their food not as good, but their drive-thru takes a whole lot longer to get thru.

Plus, when you eat at McDonald’s, it’s hard to deny that you’re eating junk food. You feel “heavy” after eating there.

Chick-Fil-A doesn’t hit you quite as hard. Maybe it’s because their friend chicken actually looks and tastes like really chicken breast meat (please do yourself a favor and never get a fried chicken sandwich from McDonald’s).

And a classic friend chicken sandwich from Chick-Fil-A is only 440 calories. I think that’s pretty good, especially compared to the 510 calorie Quarter Pounder (or 550 calorie Big Mac).

You know, as I see all of these points written out like this, I feel like I’m answering my own question.

Maybe I shouldn’t be surprised that so many people are going to Chick-Fil-A when they have the most efficient check-out system, the best food, and that they’re food isn’t that bad for you (compared to other fast food).

I’ll be honest- I know Chick-Fil-A is awesome. I’m just complaining because I’m tired of having to deal with so much traffic when I get the chance to chow down on some of their delicious products.

Maybe setting some ground rules will help with the lines. How about this- nobody can go there more than 2x/week. That could cut down traffic.

Ha, that probably would cut down traffic a little, but I bet we’d have a whole lot of hangry people that wouldn’t take that rule lightly.

I guess I’ll just have to deal with the chaos that is lunch time at Chick-Fil-A.

What’s that you’re thinking? Maybe I should stop complaining and just stop going myself?

Yeah, that’s not gonna happen – have you tried their spicy chicken sandwich?