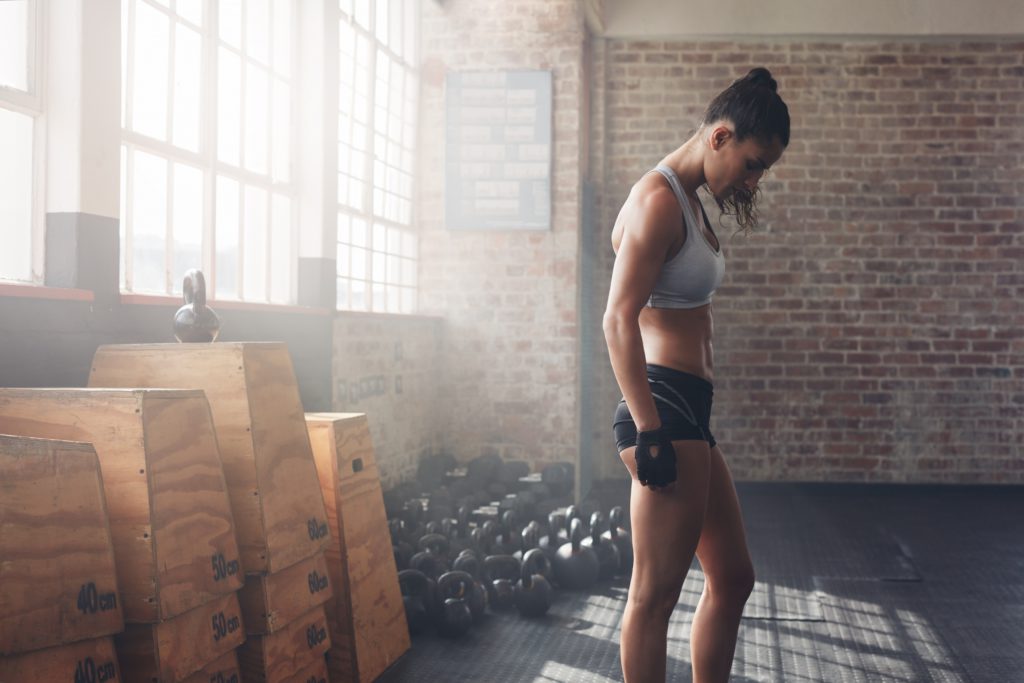 The Sunny Health & Fitness Tornado Air Bike (SF-B2706) is priced somewhere in the middle between the budget and high-end fan bikes. It’s kind of in a no-man’s land price wise- maybe a little too expensive to be considered a budget bike, but still significantly cheaper than the high-end models.

This could be a smart marketing move by Sunny, trying to fill the need for people who want something a little better than the cheapest, but can’t quite afford to pay full price for the best.

Regardless, the question remains the same: is the Tornado Air Bike worth buying? My goal here to provide you with all the information you need to make an informed decision for yourself.

Let’s start with a little background information on Sunny.

Who Is Sunny Health & Fitness?

SHF offers pretty much every type of exercise equipment you can think of. Treadmills, ellipticals, steppers- you name it, they have it. They even offer a lot of dumbbells and accessories.

Budget equipment is their speciality. The only product I’ve seen of their’s that breaks the $1000 mark is an ASUNA indoor cycle (and that just barely tops $1000).

Most of us a little weary when buying budget fitness equipment (and rightly so) because, well, usually it’s kind of junky.

SHF is usually a little higher quality than some of the other budget fitness equipment providers. Especially their exercise bikes. Actually, 2 of their spin bikes made my list for best exercise bikes under $200.

I’ve liked SHF since I first discovered their spin bikes which offer heavier flywheels than most of the competition in their price range. SHF’s products always seem to find their way on “best of” lists for the budget price ranges.

But just because a company has a decent reputation doesn’t mean everything they offer is worth the price. Especially considering the Tornado Air Bike is at an interesting price point. Time to take a look at what the bike has to offer.

I keep saying that the Tornado falls in the middle price bracket for air bikes. I should probably explain myself a little . Budget air bikes are under $400 and the nicer, higher-end air bikes fall between $800 – $1300. On sale, the Tornado is priced just under $500 (the original asking price mentioned on Amazon has got to be a joke, do not pay $700 for this bike, please!).

So, you see what I mean? If this bike isn’t a smart buy, you have to decide whether it’s better to pay a little less for a budget bike or save up a little more for a nicer machine.

But before we start making any decisions, we have to see what the Tornado has to offer.

I’m assuming we all know what an “air” bike is at this point, but maybe I shouldn’t. Just in case, an air bike is a stationary exercise bike that uses wind resistance to provide the bike’s resistance. That’s where the name comes from. This is achieved by having fans attached to the flywheel. When you pedal, the flywheel spins and the fans push against the air.

The best part about using an air bike is that the harder you pedal, the more resistance you feel.

There is no limit on the resistance an air bike can provide. This is why they are used so often in HIIT workouts and have become so popular with the Crossfit crowd.

The Tornado Air Bike has a 25″ fan in the front, which is actually the same size as the popular Assault AirBike and Schwinn AD7. Both of which are probably the best air bikes on the market.

Budget air bikes have significantly smaller fans, most in the 15-17″ range. Having a larger fan is preferred because it will provide more resistance. It should feel a lot smoother too.

Being an air bike, the Tornado gives you the opportunity to work both your arms and legs at the same time. This is especially nice if you are trying to burn as many calories as possible (as most of us are). You can also isolate upper vs lower body and work only one body part at a time if you prefer. There are foot pegs included on the frame so you can prop your feet up and just push/pull with your arms.

Overall, the fan system on the Tornado is legit. It’s large enough to compete with the big boys and users agree the operation is pretty smooth.

Bike seats are well known for being uncomfortable- well, except for recumbent bikes they aren’t too bad. But all other upright exercise bikes (and road bikes too) have uncomfortable seats. The seat on the Tornado Air Bike isn’t any different.

The seat provided on this bike is pretty much your standard bike seat, nothing too out of the ordinary. SHF advertises that the seat has “extra cushioning”, but everybody says that (and they never do have extra cushioning). That said, this seat isn’t any less comfortable than any other bike seat.

The important thing to note here is that this seat is fully adjustable. That means you can adjust it vertically and horizontally. Having a fully adjustable seat makes it more likely that you will have a comfortable experience.

The console on the Tornado is large and effective. You can see all of your metrics at the same time on the screen which is nice. You don’t have to wait for them to scan one by one before you find the one you’re actually interested in. The cheaper air bikes have smaller consoles that can normally only display one metric at a time.

The console also displays an RPM meter to show has fast you are pedaling- this is a nice feature to help keep you motivated and working hard. It can also help you set goals- see how fast you can pedal and then try to beat that record next time.

The Tornado has 7 total preprogrammed workouts that can be selected rapidly with the quick touch buttons on the sides. These include interval programs, target oriented workouts (time, distance, calories, heart rate), and a custom interval program.

This bike is compatible with bluetooth heart rate monitors. One isn’t included though, so you would have to use yours or purchase a new one separately if you choose to use the heart rate functions.

Overall, the console on this bike is pretty impressive. Easy to use and large enough to see everything you need to see.

Putting this air bike together is pretty straightforward, no surprises here. It really only consists of attaching the base stabilizers on the bottom, attaching the handlebars and pedals, adding the console and seat. The instructions are pretty easy to follow- every nut and bolt is identified, although the pictures could be a little larger.

That said, you shouldn’t have any problem with assembly. You should be able to have it up and running within an hour or so.

All the tools you need are included- Allen wrench and small screwdriver. Overall, air bikes are pretty easy to assemble, and the Tornado is no different.

I like to look at weight capacity as a pretty direct measure of a machines quality of build. The more weight a bike can hold, the stronger it has to be. Higher weight capacities are always better than lower in my book.

The Tornado Air Bike has a weight capacity of 330 lb.

This is pretty impressive for an air bike in this price range and it beats out a lot of the competition. For comparisons sake: the AD6 has a weight capacity of 300 lb and the AD2 (Schwinn’s budget airdyne) tops out at 250 lb.

Even the high-end bikes don’t beat this by much. The best of the best in the air bike world max out at 350 lb. Well done SHF.

You should always consider the warranty when looking at any exercise equipment. This is your insurance on your new product. Again, longer is always better obviously. Warranty is where we tend to see a huge difference between the budget bikes and high-end models.

This warranty isn’t great, but it’s about what we should expect in this price range. The 3-year frame warranty actually isn’t that bad. I wish the the parts warranty was at least a year though.

Examining the Sunny Health & Fitness Tornado Air Bike brings several things to our attention. First of all, this bike does have a lot to offer. It has a large fan and a fully adjustable seat, features we don’t always find on air bikes in the middle of the price range. It also has a large, well designed console that is compatible with telemetry heart rate monitors and has built-in workouts.

The Tornado also has an impressive weight capacity indicating the frame is well built.

On the downside, the warranty isn’t as impressive as it could be. There have also been more than one complaint from users regarding the left crank becoming loose or making a loud “clanking” noise during use. SHF is apparently well aware of these issues and have made improvements in the current model to fix them…but you never know.

But back to my original question: is the Tornado Air Bike a smart buy?

I compared the Tornado to the AD2 and the AD6 a few times above because these two air bikes are probably it’s biggest competition. The AD2 is a little cheaper and the AD6 is a little more expensive.

I would pick the Tornado over the AD2 because it has a higher weight capacity and a fully adjustable seat. It also has a significantly better console and heart rate monitoring capabilities.

I would choose the AD6 over the Tornado if the budget allows for it because the AD6 has a significantly better warranty and receives higher user ratings.

So, to answer the question: IF $500 is the utmost cap on you budget, then yes, I think the Tornado Air Bike is a smart buy. Even though this bike has some issues, I like the SHF brand and what this bike has to offer. If you can afford the AD6, I would suggest considering it- it’s a safer bet.