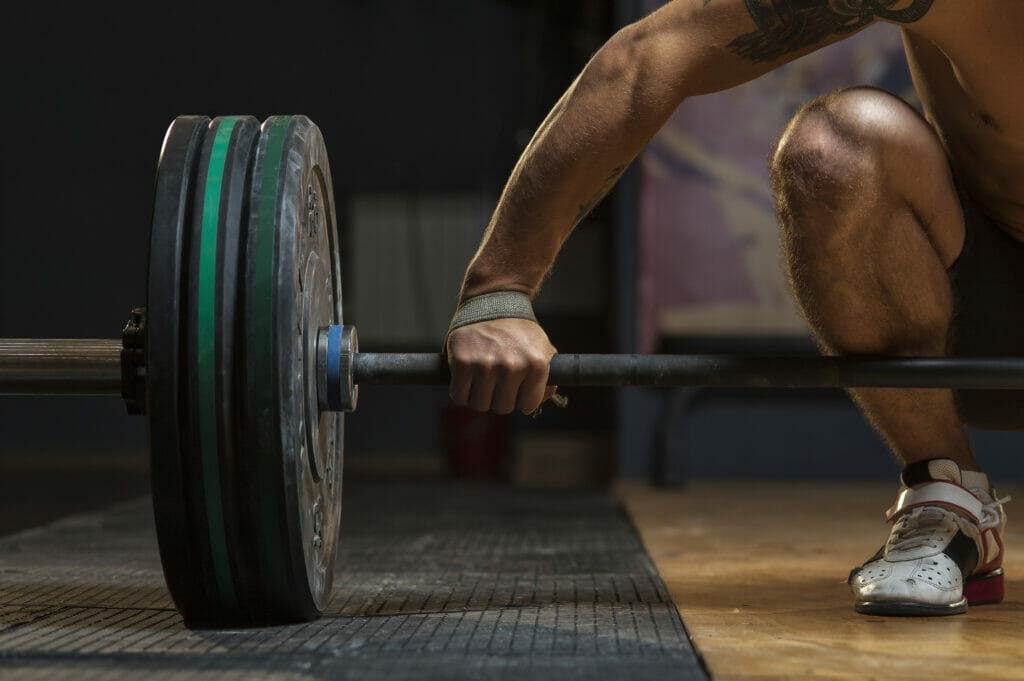 I hate to admit this, but until recently, I didn’t think picking a barbell was really that big of a deal.

I mean, I knew there were standard and Olympic bars, but other than that, I figured a barbell was a barbell and there couldn’t be that many differences between ’em…

Well, turns out I was mistaken.

Turns out there are all kinds of barbells to choose from and they vary greatly in turns of both quality and price – I’d even go as far as to say that it can get a little overwhelming when trying to sift through all the options.

Well, I did some research and figured I’d share what I learned.

In this guide, I’ll go over all the basics us non-professionals should know before choosing a barbell to add to our home gyms.

After reading, you should feel a lot more confident in finding the right bar to meet your needs.

There Are A TON of Barbells Out There 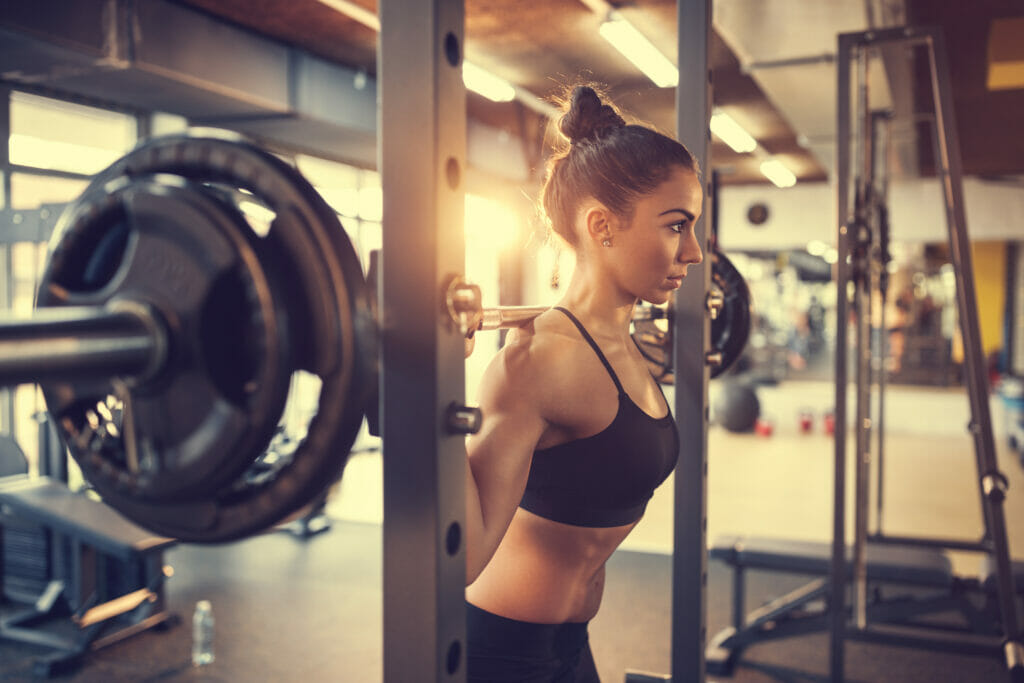 Again, I’m a little embarrassed that I didn’t realize this sooner, you know, as a home fitness blogger and whatnot, but to my defense – I’ve never had a home gym system that used a barbell before.

Due to space limitations and habit, I’ve been using dumbbells and resistance bands for at least the last 6-7 years – I don’t think I’ve used a barbell since I left my commercial gym all those years ago.

So I admit, I was very naive when it comes to home barbells and all the options we have to choose from these days.

But, I’m happy to share that we’re in the process of moving to a new home which will have quite a bit more exercise room, so I’m confident I’ll be able to get a power cage system of some sort… which means I’ll finally be able to get my hands on a barbell again.

Something else I should probably disclose before we get rolling here – I had no idea how expensive these bars were either.

I was talking to my wife’s trainer a while back and he casually mentioned something about having a “cheap” bar and a “nicer” bar.

I was surprised because I figured they were all more or less the same – he laughed and assured me that wasn’t the case.

Anyway, enough about me and my naiveness.

When searching for a barbell, you’ll notice that barbells come in all kinds of shapes and sizes and there are all kinds of different speciality bars for certain exercises.

I’ll try to explore some of these as we go along, but we should probably start with one of the biggest considerations to make – standard vs Olympic bars.

If you’re looking for a traditional barbell that can be used to perform pretty much any lift you’d want to do in your home, the first thing you need to consider is whether you want a “standard” or “Olympic” bar.

There are quite a few differences between standard and Olympic bars, so the easiest way to display these is probably with a chart:

Ok, so looking at these stats, it’s easy to see that Olympic bars are bigger, heavier, and stronger than traditional barbells, which makes sense considering these bars are designed to handle the loads elite lifters are working with.

The end diameter is an important consideration because Olympic bars are only compatible with Olympic plates that share the same 2″ opening.

Traditional plates use a 1″ opening that won’t fit.

The fact that Olympic bars have a rotating collar is also important to consider, especially if you plan on doing Olympic moves like snatches or cleans.

Traditional bars don’t have a rotating collar, which would create more torque on your wrists if you tried to do these types of moves with one.

Traditional bars can’t hold nearly as much weight as an Olympic bar either, so if you plan on doing some serious lifting, it makes a lot more sense to go with an Olympic bar.

Honestly, there’s really no reason to invest in a traditional bar these days, unless you want a smaller bar for space reasons (or if you wanted to keep the resistances very light).

Some cheaper home gym systems might still be designed for traditional bars and plates, but most nicer models have already transitioned to Olympic sizes these days.

Oh, if you have a traditional sized bar, there are collar adapters you can purchase that’ll allow you to use Olympic weights with them, fyi.

Anyway, the first thing we need to do is decide between a traditional or Olympic sized bar – and it’s highly recommended to go with an Olympic bar.

Ok, assuming we do go with an Olympic bar, there’s still tons of options to choose from, so how do we compare different bars?

One of the most important considerations, especially for more gifted weight lifters, will be how strong the bar is.

All barbells are made out of steel, but that doesn’t mean they’re all created equal – the strength and quality of barbells varies greatly between brands.

The most commonly used measure of a barbells “strength” is its tensile strength, which is measured in pounds per square inch (PSI).

This is a pretty scientific measurement of how much load the steel in the barbell can handle before being deformed past the point of use.

Any self-respecting barbell should include a PSI rating and if a barbell doesn’t, it’s a red flag.

Knurling refers to the rough patches on the shaft of the barbell, which allow you to get a better grip of the bar.

Some barbells will come with more knurling (aggressive), others with less – one isn’t necessarily better than the other, it just depends on what you prefer.

Some bars will include knurling throughout the majority of the bar, others will come with less knurling only in the common grip areas.

Bars designed for Olympic weight lifting usually lack knurling in the center of the bar to protect your neck during Olympic lifts.

The spin or rotation refers to how much the sleeves rotate on the bar and different barbells will come with differing degrees of movement.

If you don’t plan on doing many cleans or snatches and jerks, you probably won’t care how much spin your bar has to begin with.

But folks who do a lot of these dynamic moves should pay more attention to this feature.

More affordable bars will come with bushings inside the collar, which don’t provide as much spin as their more expensive counter-part, bearings.

Barbells with bearings inside are more expensive, but offer more/faster spin than bars with bushings.

The majority of us home gymers will be fine with bushings and less spin, but the folks out there who like to practice their Olympic lifts might want a bar with bearings.

Oh, you power lifters out there will also want a bar with little to no spin as well.

I had never heard of this characteristic before, but the “whip” refers to how much bounce the barbell offers during dynamic lifts.

Have you ever watched elite lifters on tv and seen how the bar bends a lot then kinda snaps back in place during the lift?

Well, that’s the whip characteristic of the bar.

Some bars have more whip than others and having more or less whip can be an advantage based on the types of lifts you’re doing.

Power lifters, who are doing moves like bench press and deadlift probably won’t want much whip in their bar, but folks doing clean and jerks might want more whip to give the bar momentum to help complete the move.

Recreational, home lifters will likely not require (or want) much whip in their bars, which is nice because specialized bars with more whip cost more.

Even though all barbells are made out of steel, the finish they come with can vary greatly.

Some finishes look better than others and some protect the bar better from scratches and damage over time.

A few scratches here and there won’t affect the performance of your bar, it’s purely cosmetic (but when possibly dropping a few hundred bucks on your bar, you probably want it to look good too).

Speaking of price, barbells (even Olympic ones) will vary greatly in how much they cost, but remember- you usually get what you pay for.

There are plenty of really affordable barbells that’ll cost ya under $100, although don’t be too surprised if these warp or rust on ya.

Most of your quality barbells cost somewhere in the $200 – $300 range, but opting for nicer features (like cerakote or different color options) will increase the price.

For example, Rogue’s popular Ohio Bar goes for around $350, which is steep, but it with a ton of different color options and is backed with a lifetime warranty. 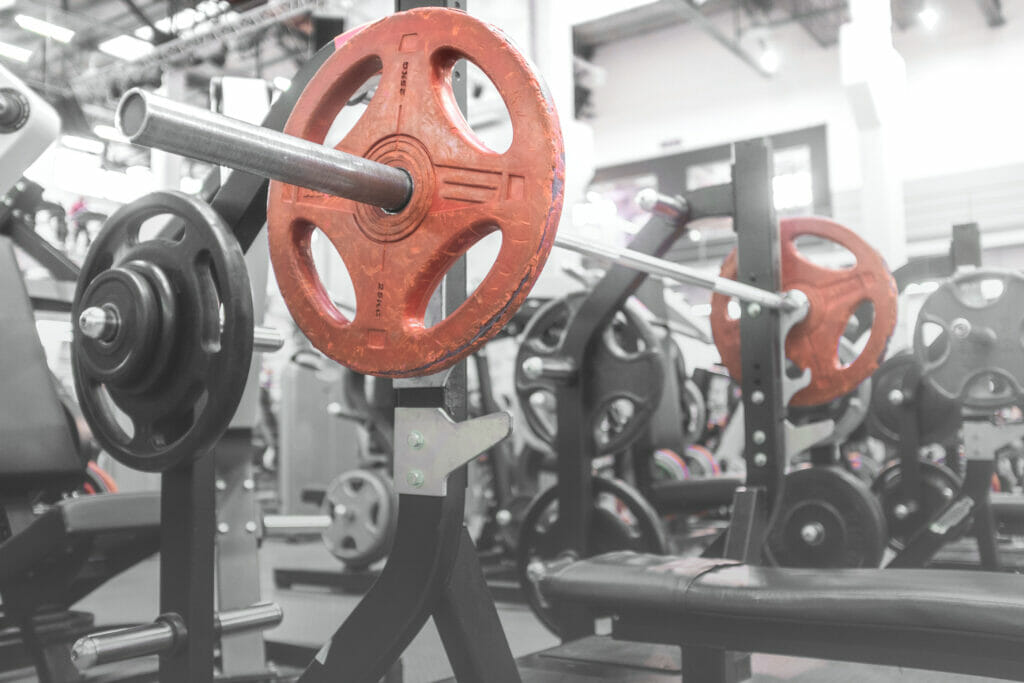 Before I wrap things up here, I wanted to mention there are a bunch of speciality bars out there too.

These bars are designed more specifically for certain exercises or for training purposes, so these might not be the best option for a one bar does it all type of deal, but still worth knowing about:

Well, there ya have it – a nice little intro to the world of barbells.

It’s funny, as I researched and wrote this article, I realized how little I knew about barbells in the first place.

Learning about all the differences and types of bars that are out there certainly made me appreciate the barbel a lot more than I ever have before.

And I think I was accurate when I titled this post “Barbells 101” because this is just the tip of the iceberg when it comes to barbells – there’s a lot more info out there, especially when it comes to power bars and advanced Olympic strength bars.

But I think the above info will get the job done for most of us home gymers out there.

In conclusion, I think it makes a lot more sense for most of us out there to go with an Olympic bar because these bars are stronger and should last a lot longer than a traditional bar.

Plus, most brands are switching entirely over to Olympic bars and plates these days anyway.

When comparing bars, it’s a good idea to check out those tensile strength ratings because this gives you a nice objective way to compare different options.

You always want to compare stuff like color options, finishes, and warranties too.

Speaking of warranties, quality bars should come with a lifetime guarantee, so if you’re looking at a bar that doesn’t, that might be a bit of a red flag.

Ok, I hope you found this article helpful.

As always, if you have any questions or comments, please leave ’em below and I’ll get right back to ya.