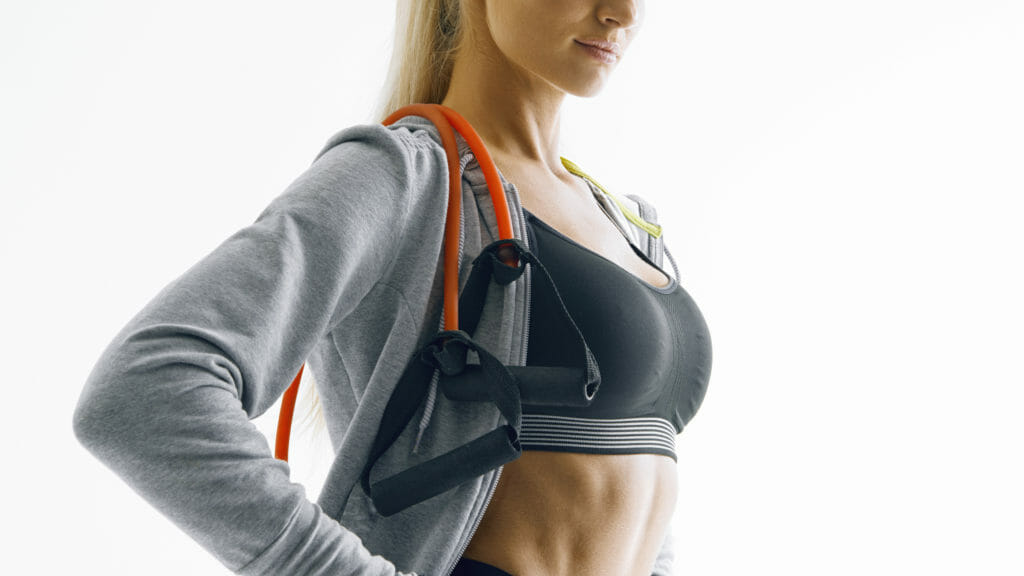 We all know the importance of warming up properly before a workout session. It loosens up the muscles, stretches the tendons and ligaments, gets the circulation going and prepares you psychologically for your routine.

And, most importantly, it reduces the risk of straining or injuring your body as you exercise.

Activation exercises go a step further. You’re not just preparing your body for exercise in a general sense. You’re preparing and activating the specific muscle groups which you are intending to target during the workout, and you’re doing so by going through the same movements you’ll be using, but in a less intense, less impactful way.

This means that the muscles which you’re concentrating on during the workout are fully relaxed, are well oxygenated and supplied with blood, and your muscle memory has already been trained on the movements you’re about to perform, so you’re physically and psychologically ready to go.

To make activation exercises even more effective, use a speed resistance band to add a moderate amount of resistance to each drill.

This will help get the blood pumping to the targeted areas, as well as providing some support and control over the movements you are doing, which helps you to maintain correct posture and form, so there’s no danger of training in bad habits which you would then have to “unlearn” later.

Let’s look at a few of the most popular activation exercises to prepare the relevant muscle groups for different types of workout, and see how they work in a little more detail.

If you are going to be hitting the weights for a few sets of shoulder presses, you need to be sure your upper body is ready for the job. One great resistance band exercise for this is the banded overhead press.

Stand straight, with your feet around shoulder-width apart and your knees slightly bent, almost as if you were dropping into a quarter squat position.

You should have one end of your resistance band held firmly in each hand, with the centre of the band running directly under the arches of your feet. Think of it as if you were skipping, except you’re standing on the rope.

Bring your hands up to your shoulders, with your palms facing outwards and away from you. You should feel the tension in the band. Now, with your core muscles tensed, push both of your hands up and over your head in unison, until your arms are straight, but without locking your elbows.

Pause at the furthest extent of the movement, and then smoothly and carefully bring your hands back to your shoulders, to complete one rep.

Getting Ready For Squats And Deadlifts

When preparing for these types of exercise it’s vital to ensure that your quads, glutes and calves are ready and warmed up. An ideal exercise which you can do with a resistance band is banded lateral walks.

You’ll want a shorter resistance band like a mini band, or a longer one with low resistance which you can double loop. Wrap the band around your legs so it sits just above the knees, with your feet planted hip-width apart to prevent the band from sliding down.

Now, bend at the knees slightly, and with your core tensed, take one sidestep with your right foot, stretching the band out. Then follow with your left foot. As you make each step, concentrate on your posture, don’t “rock” from left to right, make sure you separate each movement.

After about 10 to 15 reps, repeat in the opposite direction to return to your starting point.

Warming Up For Chest Presses

Before starting your nest set of chest presses, take the time to activate your pectoral muscles and loosen up your shoulder joints. You’ll notice the difference both in how responsive your muscles are and how much easier the transition into the main workout feels.

To isolate and warm up your pecs, try banded chest presses. This exercise mimics the same movements found in a regular chest press, but without the same muscle load, allowing your body to prepare itself for when you hit the weight machine.

To get started, pass your resistance band behind your back, across your shoulder blades, and take one end of it in each hand, in a palm out grip.

With your elbows bent at a ninety degree angle, raise your arms up and out so that your palms and your forearms are parallel to the ground.

Now, push forward with both arms at the same time, until your arms are fully extended in front of you, but not locked at the elbow. Hold the position for a couple of seconds, and then return to your starting position in a controlled manner, maintaining tension on the band throughout the movement. That’s one rep.

Building Activation Into Your Routine

The activation exercises above should form part of your regular warm up routine whenever you’re preparing for a weight training session. This will help you avoid injury, and maximise both your performance and your gains by flooding the specific muscles you need to use with oxygenated blood before you even lift the first weight or start the first rep.

The selection we’ve provided is only an outline. Any type of workout will have its own corresponding activation exercise. This applies to weight training as well as cardio, sports or crossfit training.

All you need to do is to match the activation exercise to the workout and you’ll soon start seeing results.