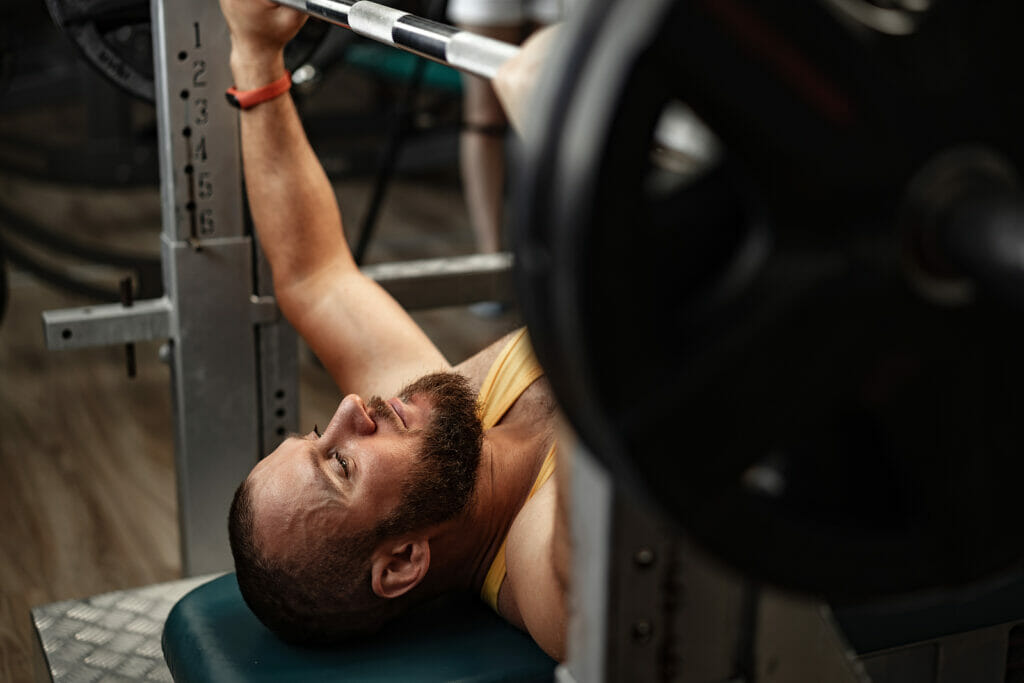 Decline bench press has got to be one of the most questionable strength training exercises out there.

On one side, we’ve got the old school lifters who’ve been using it for years to help develop their lower pecs – on the other, we’ve got hoards of trainers telling us it’s a waste of time.

Who should we believe?

Well, I’m not going to lie to ya, I don’t have a concrete answer, sorry.

But what I can do, is provide an unbiased opinion from a physical therapist’s perspective (for whatever that’s worth) regarding decline bench and its merit as a pec building move.

Let’s start from the beginning though.

I’d like to start by saying that I used to do decline bench pretty regularly in high school and college.

I didn’t really know why, but I knew other strong dudes used it and it seemed reasonable that switching up the angle would help target a different part of my chest.

I mean, everybody seems to agree that incline bench is a legit exercise, so why not decline?

Plus, it was always fun being able to throw some extra plates on when doing decline, especially when any attractive girls might be near by.

As I got older and transitioned to PT school, I stopped including decline bench into my routine, but it was more for the sake of streamlining my workout than anything else.

It wasn’t until more recently that I started thinking about whether or not this exercise was actually worthwhile.

And when I started searching for what other professionals thought about it, I found out things were pretty divided – a lot of powerlifters swear by it, while a lot of trainers consider it a waste of time.

It can be done with a barbell or dumbbells, but for the sake of this article, I’m really talking about the barbell version.

All bench presses are used to strengthen the pec major, which is the large muscle we have on each side of our chest.

And as the fairly creepy illustration below shows, pec major is a large muscle with muscle fibers orienting in different directions. 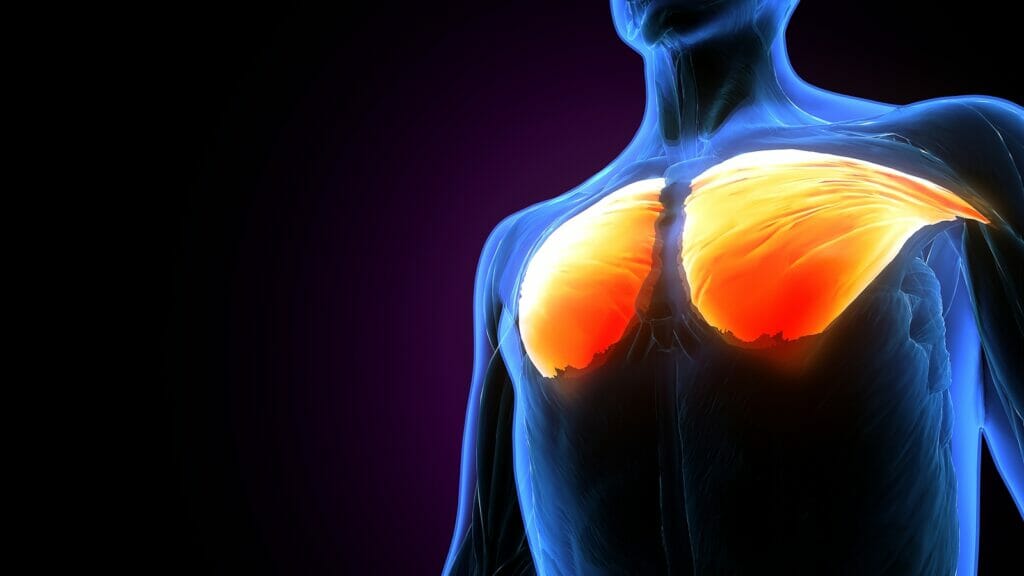 Ok, so decline bench is a variation of the most popular strength training exercise on the planet, the bench press.

And as such, I think we can all agree that it works the pecs and triceps to some degree (as well as your delts, lats, biceps, etc as stabilizers),

Well, nobody argues that it works these muscles to some degree, but the controversy lies in the question if this exercise really targets the lower pecs specifically.

There are research studies out there that have tried to study the activation of the different muscle fibers of the pec (using EMG) in various benching angles and results vary a little depending on the study.

Barbend has a great article summing these findings up, so I’m not going to go into a lot of detail here, but the gist of it is that changing the angle of the bench can change which pec muscle fibers are activated the most.

That said, these studies seem to show mostly that incline bench targets the delts and upper pec fibers more than flat and decline benching (no surprises there)…

When it comes activating the lower pecs, decline bench may activate them a little more than flat bench, but the differences were pretty subtle.

So, based on this study at least, technically speaking, decline bench presses can target the lower pecs more than flat or incline benching.

But again, I want to stress that the differences between flat and decline seem to be pretty small (at least based on the study used in the above article).

Based on this, if your goal is to target your lower chest, I say go for it – decline bench as much as you please.

But I think most of us are probably going for a stronger, overall chest, and the aforementioned article also shows that all parts of the pec major are activated significantly during flat bench press.

Even the upper pecs.

Personally, as a physical therapist, I struggle a little with the notion that we’re really targeting one part of the muscle over another.

Back in the day, I was taught that a muscle contracts as a single unit, so if one part of the pec is working, the whole muscle is firing together.

At the same time though, with a muscle as large as pec major and with so many fibers coming from different angles, I can see how different angles are stressing different parts of the muscle more so than others.

Lower pec targeting is the most sought after benefit from decline benching, but there are a few other possible benefits to consider too.

Like the fact that most people can lift more weight from a decline position.

Part of this is because you’re moving the bar through a shorter range of motion, but the angle of your shoulder also makes the move more efficient.

So if you’re trying to impress your friends at the gym, hopping on a decline bench can certainly help.

Joke aside though, the decline press is usually more forgiving on your shoulders too, so if you have issues with impingement or achy shoulder joints, the decline variation could be more comfortable.

Of course hanging upside down takes a little getting used to.

Ok, according to some studies, the lower pecs are activated a little more with decline benching and the decline position can be gentler on shoulders, but there are a few drawbacks to this move too.

For one, the decline angle doesn’t seem to hit your middle and upper pec fibers as much as flat benching does, making it a less efficient move for your entire chest.

Plus, the shorter range of motion I mentioned makes the exercise more comfortable and easier to push heavier weights, but it also takes it easier on the pec as a whole.

And stressing the pec through a larger range of motion is likely to be a lot more effective in terms of building total pec strength and power.

There’s also the fact that the decline bench movement isn’t particularly functional – I mean, what kind of sport or task involves this kind of activity?

I’m sure something does, but we can all probably agree this movement isn’t quite as universal as the standard flat bench press.

Finally, think about your chest routine for a sec.

I’m guessing it probably already includes flat and incline bench presses and maybe even some dumbbell variations – do you really want to spend the time doing another bench press?

If not for the sake of boredom, think about the time you could cut off your routine by skipping decline.

Or, you could try to burn a few more calories by swapping it out for a full body, calorie torching move like burpees or kettlebell swings (or feet elevated push ups).

As I’m writing this, I’m feeling like I haven’t exactly added anything new to the conversation here.

And if that’s the case, I apologize, but here’s my 2 cents on decline benching in general.

I think it makes sense for bodybuilders or folks who are cool with spending a long time targeting each specific muscle they’re working on.

And maybe really lean people who are going for optimal definition (and who might actually see a difference from the lower pec targeting move).

In other words, I don’t think it’s a waste of time for everyone because studies have shown that it can target the lower pecs when compared to flat and decline benching.

But these studies also show that flat benching is the most effective press to target the entire pec, so there’s that.

Personally, I don’t do decline bench anymore and I don’t plan on ever bringing it back to my routine.

As a recreational lifter with limited time to begin with, I think it makes more sense to include exercise that are going to give me the most bang for my buck.

Right now, I’m sticking to flat bench, dips, and pec flys, with the occasional incline bench or set of pushups thrown in.

Speaking of flys, you can always alter your angle with this exercise to target different parts of your pecs too, including the lower fibers.

And to me, this seems like a better use of my time.