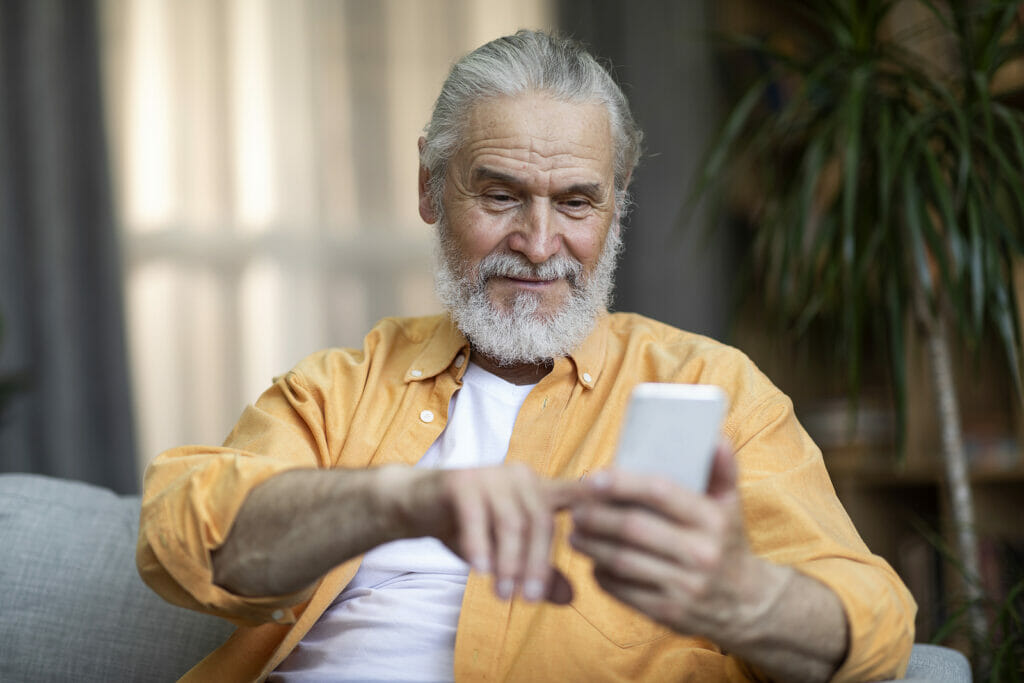 The Cubii JR2 is a small, pedaler-style machine designed so that you can use it while sitting anywhere in your home – the idea being you can get a little movement in while watching tv, working at your desk, reading a book, etc.

I purchased my brother one of these a while back while he was recovering from an illness and I took it for a test spin myself to see what it has to offer.

Long-story-short, I’m not sure it’s “changing how the world thinks about fitness”, but it is a lot better than most pedalers I’ve come across.

If you’re interested in the longer story, you’ll have to keep reading.

In this review, I’ll go over everything the Cubii JR2 has to offer, including where I think it falls a little short.

I’ll also discuss whom I think this little exercise machine is best suited for and why.

After reading, you’ll know whether or not the Cubii JR2 is worth investing in.

First and foremost, I’d like to point out that I think “Cubii” is a great name – it’s short, cute, and catchy.

Now that I’ve got that off my chest, we can move on.

Cubii’s been around for awhile now, with the first model coming out around 2014 I believe.

They’ve come out with a few different models since then, with varying color schemes and features, but the essence of the Cubii has been the same throughout.

The JR2 is 1 of 3 models currently being sold directly through Cubii, with the other 2 being the Cubii JR+ and the Cubii Go.

You can compare all the models here, but the differences between them are quite subtle.

The colors and dimensions of each are a little different, but the biggest difference is that the JR+ is bluetooth compatible and the Go comes with a retractable handle and built in transport wheels to make it more portable.

But back to the JR2.

As I mentioned in the intro, I actually purchased the JR2 for my brother while he was going through an illness that significantly limited his mobility.

I’m not going to go into details here for the sake of privacy, but luckily he made a full recovery and is back to his normal lifestyle now.

But there for a while, he had a hard time walking and his endurance was very poor, so I wanted to get hime something he could use to start getting some exercise in while he was sitting.

And I had seen some commercials for the Cubii (as well as had a few patients of my own that swore by ’em) so I figured it was worth a try.

I ordered the JR2, had it delivered to his house, and I came over and put it together (only takes a few minutes) for him.

I tried it out before leaving it for him to use (and of course, as a home health therapist, I offered my recommendations on how long he should use it, including frequency, and whatnot) and then I continued to check in with him regularly while he recovered.

I referred to the JR2 as a pedaler in the intro, but that’s not exactly accurate.

Pedalers are small, lightweight devices that are meant to act as an exercise bike, but instead of having a seat, you put them in front of whatever seat you’re sitting on.

Some are better than others, but generally speaking, they kinda suck.

They tend to move around on ya, making it hard to keep your feet on them and the resistance isn’t smooth – since most lack a flywheel, the pedaling motion is very choppy, making them hard to use.

(They actually work better for arm rehab than anything else – you can put them on a table and pedal with your arms).

Anyway, the Cubii JR2’s pedaling motion isn’t circular like a traditional pedaler, instead it’s designed to be more like the oval shaped movement on an elliptical.

Actually, I think Cubii even refers to itself as an under-desk elliptical.

And based on my experience, this is a more accurate description than a pedaler or bike.

And as you pedal, you get a lot more ankle movement (plantar-/dorsiflexion) than you do with a pedaler, which I think is great when it comes to improving circulation, but more on that later.

Another problem with most pedalers is that they’re lightweight and move on you when trying to pedal with your feet.

Well, this wasn’t an issue with Cubii because at roughly 19 lb, it’s a lot heavier than most other pedalers, but it’s also got a larger base that makes it easier to resist sliding.

Plus it has an attachable charlock to help keep your desk chair from moving back on ya while pedaling (we didn’t use this feature, but still a cool idea).

I like how heavy and stable the JR2 is, but it would be nice if the leg movement was just a little larger.

I know they had to keep the pedaling movement small to keep the JR2 small and portable, but I think another inch or 2 would’ve been worth it.

Personally, I would’ve had a hard time using the JR2 for any extended period because of this small movement pattern, but I don’t fall in the prime demographic for this machine either (more on that later too).

The Cubii JR2 comes with the following features:

LCD monitor- the JR2 comes with a very small, LCD screen that shows basic workout stats, including your time, distance, cadence, and calories burned. It’s battery powered, so you don’t have to plug this little guy in. This console is very basic, but it’s better than nothing.

8 resistance levels- the Cubii comes with 8 resistance levels that you have to adjust manually by rotating a dial on the frame. You’ll notice a pretty significant change in resistance when adjusting levels, but that said, even on level 8 I wouldn’t say the Cubii offers a ton of resistance. But again, this machine isn’t designed to challenge gifted athletes, it’s designed to promote movement for otherwise sedentary folks.

Chairlock- this is the feature I mentioned earlier, allowing you to lock your desk chair to the Cubii, in order to keep your chair from moving on ya during use. I didn’t use this feature personally, but some folks have mentioned that desk chairs can sometimes get unlocked and start gliding a little.

Handle- there’s a built-in handle, giving you a place to grab it when picking it up.

App- Cubii has their own fitness app (Cubii Studio+), which gives you access to workouts and metric tracking, but you have to enter your stats manually into the app (the JR2 isn’t bluetooth compatible with apps).

Workout mat- at the time of writing this, Cubii is including a free workout mat with purchase.

Cubii offers the following home warranty on their JR2:

A year warranty is pretty standard procedure for an exercise device in this price range, although if you register your product online with Cubii, they’ll toss in an extra year of coverage, which is pretty sweet.

The 30 day risk-free trial is nice too because it gives you the ability to try it out for a month and then return it if you don’t like it.

Looking back, I wish I had kept this in mind because my brother recovered rapidly and certainly wasn’t using his JR2 for a month…

Hmm, you know what they say about hindsight…

Overall though, I think Cubii offers a fair warranty on their JR2.

Alright, there’s not a lot to go over for this little under desk elliptical because it’s a pretty simple device.

Based on my experience with it (as well as my brother’s), I think it’s a well-made machine with some nice features.

For me, I like how much heavier-duty it is than the other pedalers I’m used to and I like that it actually stays put on the floor when using it.

I found the pedaling motion to be smooth, but again, it would be nice if the stride length was just a little longer.

But to be fair, I’m not the type of user the Cubii is best suited for.

I know this device could be used by people who are forced to sit at a desk all day and I could see this being better than just sitting there – but I think the Cubii is suited best for folks with mobility or severe endurance issues.

You know, the folks (like my brother momentarily) who have a hard time standing, walking, and otherwise getting exercise.

For this population, I could see the Cubii making a lot of sense.

The elliptical style movement the Cubii uses gets your ankles really moving, which can be helpful when it comes to improving circulation.

And folks who find themselves sitting on the couch with the feet hanging down toward the floor all day can often have issues with their feet swelling.

And a device like the JR2 could be helpful in combating this.

The Cubii doesn’t offer a ton of resistance, so I don’t think it’s going to be super effective at burning a bunch of calories or really improving cardiovascular health, but it could be helpful for getting your knees and ankles moving a little more.

Or, what we in the biz call, range of motion.

Gentle range of motion can be helpful for reducing stiffness and helping with arthritic pain, all of which can be helpful stuff for certain users – especially the elderly.

Based on the movement pattern and the ease in which this device can be placed in front of pretty much any chair, I think the Cubii would be a great option for elderly patients dealing with mobility or joint issues.

Overall, my brother didn’t use the Cubii I got him for very long because (luckily) he recovered quickly and was able to get back to his normal workout routine.

But I’m glad I got the chance to use it and check it out for myself.

And based on my experience with it, I think it’s easily one of the nicest compact fitness devices I’ve come across and I would certainly recommend it to anyone looking to get their legs moving a little more throughout the day.